U.S. Defense Secretary Chuck Hagel is vowing to invest billions of dollars to fix the management of the country’s nuclear weapons, ordering top-to-bottom changes. Two senior defense officials told The Associated Press on Thursday that Secretary Hagel has concluded that problems in the United States’ nuclear forces are rooted in a lack of investment, inattention by high-level leaders and sagging morale. Hagel ordered two lengthy reviews of the nuclear force after a series of stories by the AP revealed numerous problems in management, morale, security and safety, leading to several firings, demotions and other disciplinary actions against a range of Air Force personnel.

Throwing money after problems may fix some technical issues but it is unlikely to resolve the dissolution that must come from sitting in a silo hole in the Midwest with missiles on high alert to respond to a nuclear attack that is unlikely to ever come.

Hans Kristensen, a nuclear expert with the Federation of American Scientists

Hagel was expected to announce his decisions at a morning news conference Friday and then fly to Minot Air Force Base in North Dakota. Hagel has concluded that despite tight Pentagon budgets, billions of dollars more will be needed over the next five years to upgrade equipment.  The defense officials said Hagel would propose an amount between $1 billion and $10 billion in additional investment. Just last week, the Air Force fired two nuclear commanders and disciplined a third, providing evidence that leadership lapses are continuing even as top Air Force officials attempt to bring stability to the Intercontinental Ballistic Missile (ICBM) force. 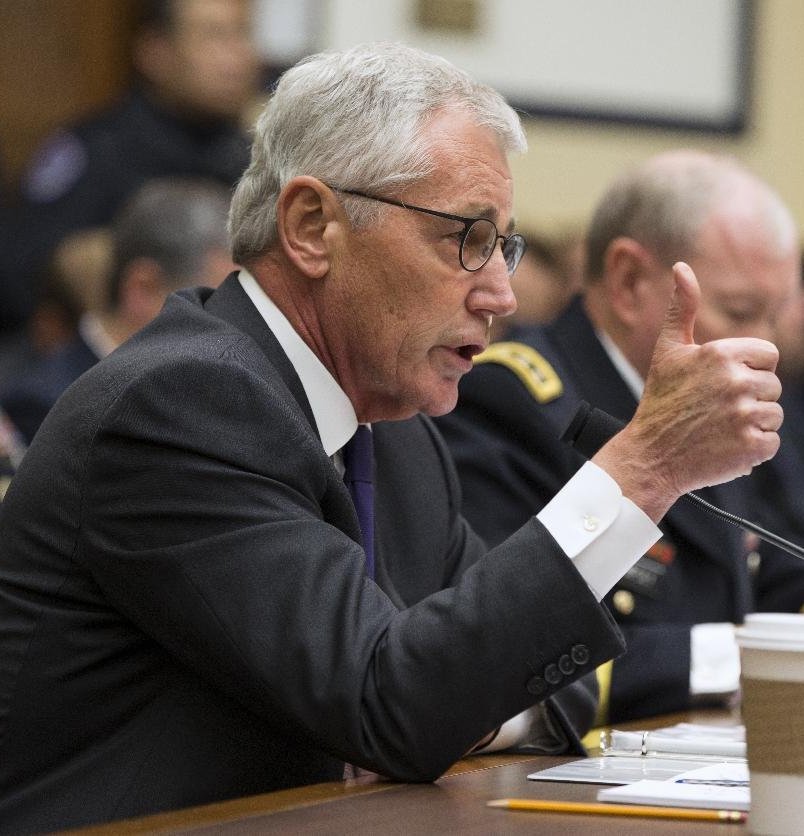