Inspired by the fastest land animal, Massachusetts Institute of Technology engineers have created a robot that can run on batteries at speeds of more than 10 mph, jump about 16 inches high, land safely and continue galloping for at least 15 minutes — all while using less power than a microwave oven. The technology could help shape real-world technologies, such as prosthetics, wearable technologies, all-terrain wheelchairs and vehicles that can travel efficiently in rough terrain much like animals do. There are hopes the robot will be able to be used in search and rescue operations in hazardous or hostile environments where it’s too risky to send a human rescuer.

This is kind of a Ferrari in the robotics world, like, we have to put all the expensive components and make it really that instinctive.

The robot is filled with innovation including powerful, lightweight motors; electronics that control power for its 12 motors; and an algorithm that determines the amount of force a leg should exert during the split second that it spends on the ground while running—the key to helping the robot maintain balance and forward momentum. An onboard computer organizes data from various sensors and sends commands to each motor.

In the next 10 years, our goal is we are trying to make this robot to save a life. 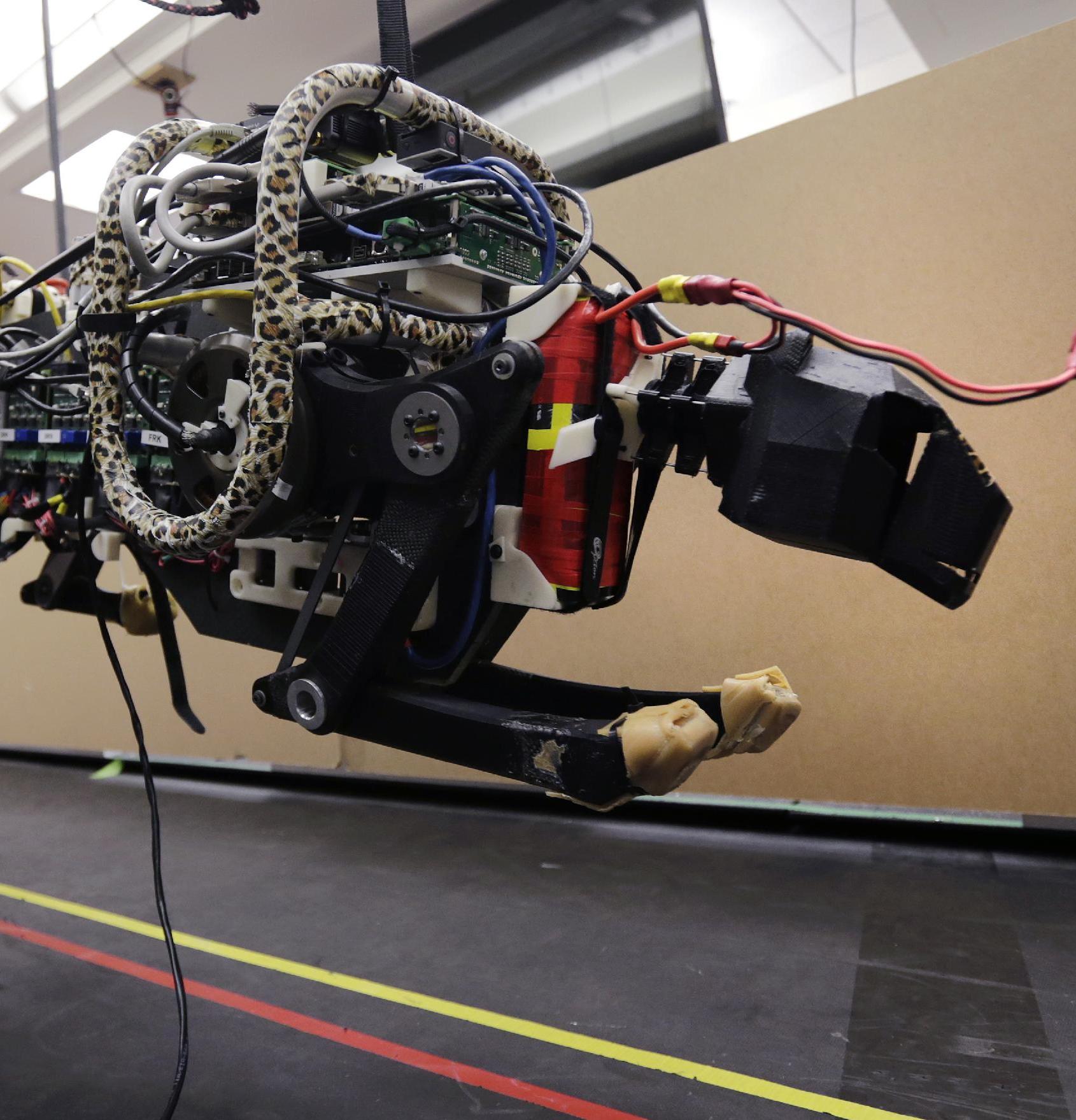