Protesters have been tear gassed on a second night of disorder in Ferguson, Missouri, as demonstrations were staged across the U.S.. Some 44 people were arrested in Ferguson, while in St Louis County, two FBI agents were shot at a barricaded home. The two suffered non-life threatening injuries, and the incident was not directly related to the protests taking place miles away, the FBI said. However, the situation remained volatile amid undimmed outrage at Monday’s decision not to indict a white police officer who shot dead a black teenager, Michael Brown.

As long as they remain nonviolent, and as long as they don’t engage in issues that cause fear or create vandalism, we will work with them to allow them to demonstrate.

Demonstrations took place from coast to coast. Thousands of people marched in Boston, Baltimore, Chicago and outside the White House in Washington DC. In New York City, police used pepper spray after protesters tried to block the Lincoln Tunnel. Protesters blocked traffic in Los Angeles and in Cleveland, Ohio, while hundreds of Seattle students walked out of high school. The continued protests came as Barack Obama announced a nationwide campaign to make sure law enforcement in the U.S. was “fair”. But the President said he had “no sympathy” for people “destroying their own community” through anger at the police. 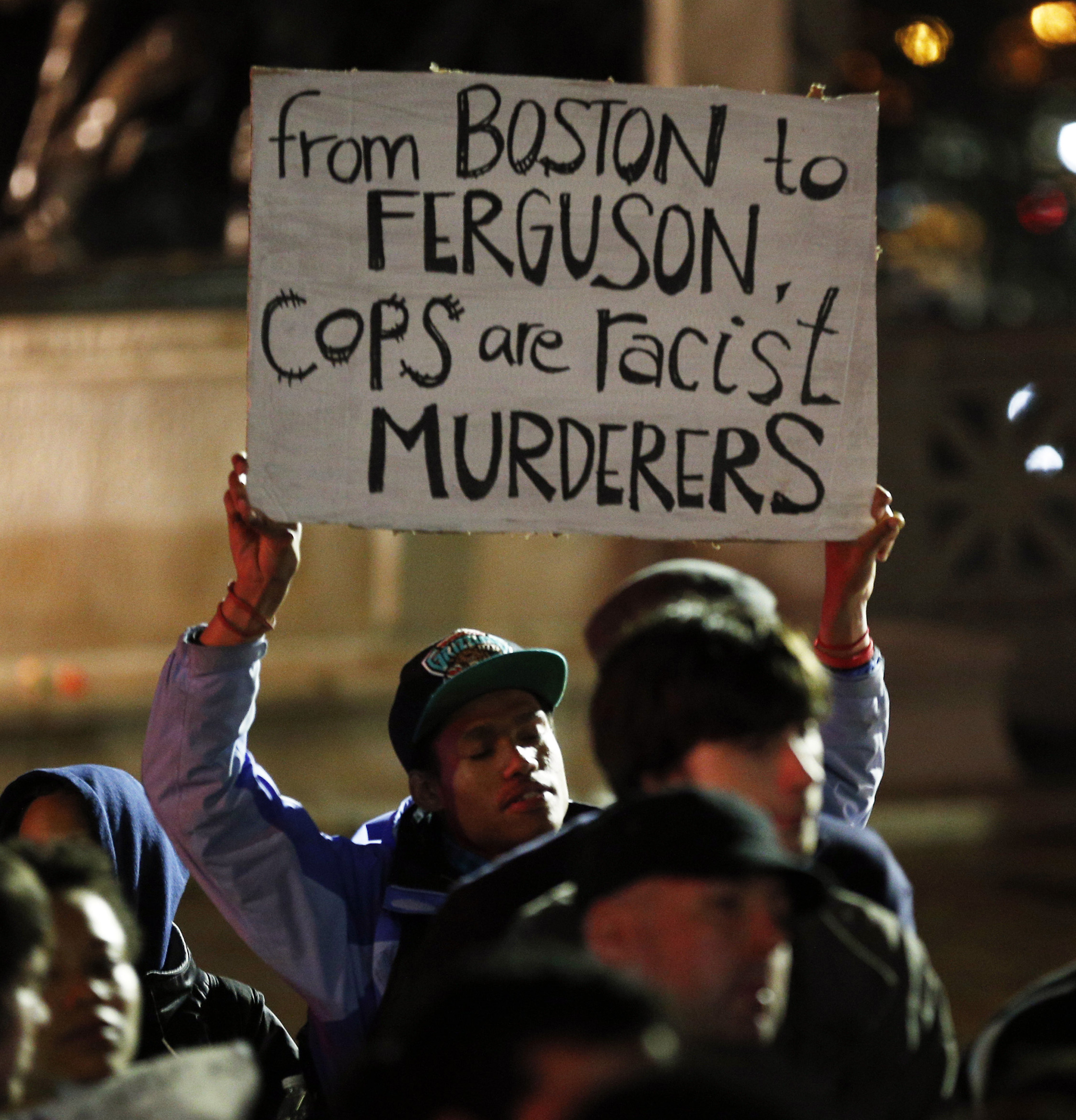